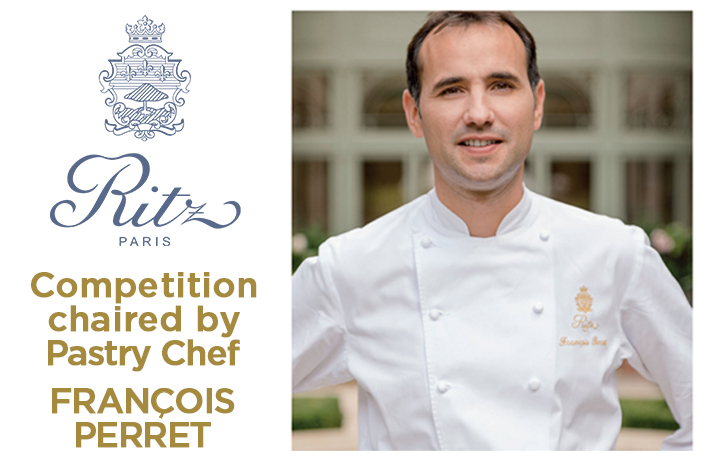 The world’s best olive oils are coming to Paris again this March during the 7th edition of Olio Nuovo Days. The Ritz-Escoffier School at the iconic Ritz Paris on place Vendôme will be the prestigious venue for this international olive oil competition taking place from March 22nd to 24th.

Presiding over the competition is chef François Perret of The Ritz Paris, who along with an international jury of professional tasters, will select the very best olive oils in three different categories. A special design prize will also be awarded to the olive oil with the best packaging design.

Olive oils from around the world entered into the competition will be judged for their excellence through a sensory analysis, with the jury selecting finalists for the prize of Best Extra Virgin Olive Oil, as well as the Best Pressed-Infused Olive Oil category. The third award, Health Claim, will go to the olive oils with high levels of phenolic compounds, measured through a chemical analysis, combined with a balanced taste.

“As competition chairman, I see this as a great opportunity to learn about and taste a variety of different olive oils,” says chef Perret. “Of course it’s also above all an opportunity to give recognition to the ‘artisans of flavour’ – the professionals producing olive oil with an artisanal approach.”

Named World’s Best Restaurant Pastry Chef in 2019, chef Perret has worked in some of the best kitchens in Paris and is author of French Pastry at the Ritz Paris. He also appeared in a Netflix series, The Chef in a Truck, where his mission was to reinterpret American desserts with a French accent.

Always up for a challenge, Perret is tasked with designing an original recipe using the winning olive oil of Olio Nuovo Days 2023. “I love to experiment with olive oil,” he says of the challenge. “There’s lots you can do with it. The wonderful thing about discovering new olive oils is that they give ideas and provide inspiration.”

A unique synergy between professional tasters and culinary experts

What’s unique about Olio Nuovo Days is the synergy between experienced tasters and professional chefs. While a professional taster can accurately identify the attributes of an olive oil, it is ultimately the chef who works with it as part of their culinary palette. Though it’s a somewhat new approach to olive oil competitions, it’s one that makes perfect sense.

The chef’s creation inspired by the winning olive oil at Olio Nuovo Days is always much anticipated by the olive oil loving public. At the 2017 edition, pastry chef William Lamagnère created a Tarte Tatin enhanced by the flavours of the competition’s top olive oil. This creation then became his signature dessert which he presented at the final of Le Meilleur Pâtissier (The Best Pastry Chef), the French culinary reality show.

An international competition of the world’s best olive oils

Closely accompanying the competition chairman is jury chairman, Kostas Liris, an oleologist, agronomist, olive oil producer, and master miller. Liris keeps a close eye on the competition rules and chooses the jury members, among other tasks. “It’s important for us to have tasters from different countries and backgrounds,” he says. “Every olive oil deserves an equal opportunity to achieve the correct score. It’s important to have a final result that’s representative.”

Olio Nuovo Days at Ritz Paris ©olionuovodaysComplementing the team is Christophe Lavelle, a professor of food chemistry and researcher in molecular biophysics, epigenetics and food at the National Museum of Natural History, and French National Centre for Scientific Research (CNRS), who will offer his scientific support to the jury members.

The international team of professional tasters will already start their work in early March during the first stage of the judging process when they’ll each be working remotely, tasting and grading samples identified by only a number. Based on the points awarded during this first stage, a selection of olive oils will be shortlisted. Then during the event in Paris on the 22nd and 23rd of March, the final tasting will be underway at the Ritz Paris in the presence of the competition chairman and members of the jury.

The winning olive oils of Olio Nuovo Days 2023 will be unveiled on March 24th.

The extraordinary flavours of the winning olive oils at Olio Nuovo Days 2023 will not only be reserved for the jury. A select group of Paris chefs will be invited to a private tasting of samples of the top olive oils in each category.

As for those curious to learn about olive oil and taste the winning entries from around the world, they’re welcome to join the master class on March 24th led by the competition’s panel leaders in English and French.

The entry deadline for the Olio Nuovo Days competition for the olive oil producers is February 10th, 2023.

To join the Masterclass on March 24th, register your interest by contacting Olio Nuovo Days at north@olio-nuovo.com .